I hope you are all enjoying your home learning. Today I would like you to create notes about each of the 5 Pillars of Islam. You can either do this in your home learning book or print off a copy of the sheet below.

I’ve included some useful information sheets and a video link to get you started. Think about what is important about each pillar and how you would explain it to someone else. Are there any key words you need to include? Have you explained what they mean? You’ll need your research for the next task so make sure you put in your best effort!

BBC Teach: The Five Pillars of Islam (Religions of the World Series) https://youtu.be/H9U8T8x1AhQ

Using your notes on the 5 Pillars of Islam I would like you to choose one pillar to create a poster on. But, the challenge is you’re only allowed to use a maximum of 30 words on your poster (including the title).

Think about how you could turn words into pictures e.g. if Zakat is about money instead of writing money draw a picture of some coins. If Muslims must visit Mecca during Hajj and travel by plane, draw a plane instead of writing the sentence.

You must be able to explain about your chosen pillar with the help of your poster for our next challenge!

I hope you all had a lovely Easter and didn't eat too many chocolates! This week I'd like you to use the poster you made about a pillar of Islam and create a short video on Flipgrid explaining what you have learnt about your pillar.

I will be looking at the videos to see what you have learnt!

I hope you are all well and enjoying learning at home.

You might have heard on the news or seen on the internet that Ramadan has begun. If you remember from our trip to Dar ul-Isra Mosque, this is the month in the Islamic calendar where Muslims fast (don't eat) from dawn until dusk. Task 5 will involve learning a little bit more about this, but to familiarise yourselves with some key words before that I have found a Ramadan wordsearch for you to complete.

It's so lovely to see your work when you send it to me, so please keep sending it!

Today I've got a comprehension about Ramadan for you, it will deepen your understanding of why Ramadan is important to Muslims - we touched on this briefly during our visit to the Dar ul-Isra Mosque. Look out for some of the key words that were in the Ramadan wordsearch!

I'll upload the answers to the comprehension when I upload the next task.

I've added the answers to the Ramadan comprehension below. Please do check your work to see how you've done.

Do you remember at the start of our Islam topic we looked at this picture? Lots of you had very interesting questions related to this picture and wanted to find out more. 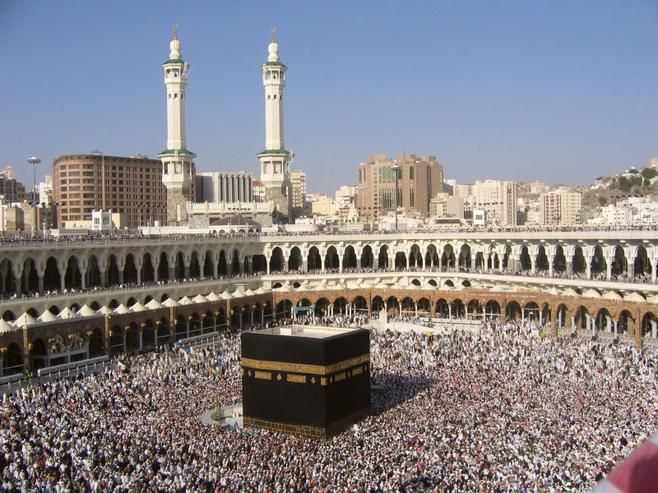 So, this week I'd like to focus on the 5th Pillar of Islam - Hajj. Hajj is a special pilgrimage that Muslims are expected to do at least once in their lifetime.

Watch the video on the BBC Teach website https://www.bbc.co.uk/teach/class-clips-video/religious-education-ks2-my-life-my-religion-muslim-pilgrimage-hajj/zndfcqt and answer the questions in the document below.

Today we're going to start a new topic in RE - Looking at how the world began according to different religious beliefs. First we will focus on Christianity - did you know there are two version of creation in the Bible? Today I'd like you to look at the first creation story in the Bible, Genesis 1:1-2:3. When you have read through the Bible passage, I would like you to create a comic strip to show what has been created on each day.

I've included a PowerPoint reminding you of the features of a comic strip and some comic strip templates. However, you may wish to use a computer/tablet to create your comic. Please send them to me when you have completed the task.

In task 7 you were asked to create a comic strip to show the Christian creation story. To do this you would have used the creation story from Genesis 1 in the Bible. But did you know there are actually two accounts of creation in the Bible? According to Christian belief, God created the universe. However there are two stories of how God created it which are found at the beginning of the book of Genesis in the Bible. Some Christians think Genesis 1 and Genesis 2 are two totally different stories that have a similar meaning, whilst other Christians see the two chapters as part of one continuous story.

For task 8 I would like you to read through both accounts of creation. Using the Venn diagram (or you can draw your own in your home learning book) compare the two stories of creation.

This week I thought we'd look at something slightly different. Now you all know that I love Australia and have visited a few times. When I visited Sydney, I became fascinated with the Aboriginal culture. The Aboriginal people have lived in Australia since before the British set up their first colony in 1788. The Aboriginal people have a very rich history and culture as a result. One part of their culture which is very different are their Dreamtime stories. The Dreamtime is a commonly used term for describing important features of Aboriginal spiritual beliefs and existence. The Aboriginals believe that the entire world was made by their Ancestors way back in the very beginning of time, the Dreamtime. Dreamtime is the foundation of Aboriginal religion and culture. It dates back 65,000 years. There are many different Dreamtime stories about how the world began.

Did you enjoy the Dreamtime stories? They're quite unique aren't they!

This week we're going to begin to look at the scientific views about how the world began. We'll start by looking at the Big Bang Theory (no not the TV programme!).

Watch the video about the Big Bang Theory and make your own notes as you watch it.

Then answer the following questions;

Do you think the Big Bang Theory is believable?

Do you think you could be a Christian and also believe in the Big Bang Theory? Explain your reasons.

What did you think about the Big Bang Theory? Believable or not believable? Let me know your thoughts! 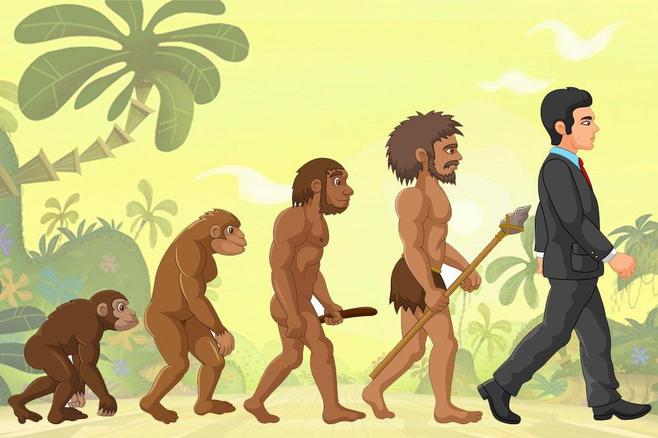 Read the information and watch the short video about Evolution on the BBC Teach website https://www.bbc.co.uk/bitesize/topics/zvhhvcw/articles/z9qs4qt  before having a go at the short quizzes. There are some interesting facts about Evolution here https://www.factretriever.com/evolution- facts  and https://www.penguin.co.uk/articles/children/2019/mar/fun-facts-about-evolution-for-kids.html.

Then I'd like you to answer the following questions in your home learning book.

How does the Theory of Evolution clash with the Christian belief that God designed and created everything on Earth?

Do you find the Theory of Evolution more believable that religious beliefs about creation? Explain your answer.

It's nearly the end of our topic on 'How the World Began' but before we finish, I would like us to look at one more religious story of creation - the Hindu story. The story is quite different to the Christian story of creation, although there are some similarities.

This week's task has two parts.

Firstly, watch the video of the Hindu creation story https://www.youtube.com/watch?v=Y9yWwFWpbRo and then answer the 'Hindu Creation Story Quiz Questions' in the document below.

Are you looking forward to the summer holidays? I am! It's been so lovely to see some of you over the past few weeks, and I am sure you have enjoyed being back with your lovely teachers and friends.

For the final RE task I would like you to reflect on your personal beliefs. Think about all the creation stories we have looked at and answer the following question.

'The world began with a big bang!'

Do you agree? Explain your own opinion and 2 religious beliefs.

Here are some sentence starters to get you going:

I agree with the statement 'The world began with a big bang!' because...

I disagree with the statement 'The world began with a big bang!' because...

On the other hand a Christian/Jew/Muslim/Hindu/Atheist (someone who doesn't believe in God) might say...

In contrast a Christian/Jew/Muslim/Hindu/Atheist (someone who doesn't believe in God) might say...

I look forward to reading your thoughts and opinions, please email them to me.

Unfortunately not the ones with chocolate chips.

Some cookies are necessary in order to make this website function correctly. These are set by default and whilst you can block or delete them by changing your browser settings, some functionality such as being able to log in to the website will not work if you do this. The necessary cookies set on this website are as follows:

Cookies that are not necessary to make the website work, but which enable additional functionality, can also be set. By default these cookies are disabled, but you can choose to enable them below: