I’m really missing our lessons but I’ve found some fun activities for you to do to learn all about Easter!

For today’s task I want you to have some fun and play a game of Easter bingo with your family. The bingo cards and boards all have Easter symbols on them; I wonder how many symbols you will already recognise?

You can download the bingo boards and cards below or if you don’t have a printer, why not make your own – they will be extra special then.

I hope you had fun playing bingo! How many Easter symbols can you remember?

Today we are going to learn what they mean! Read through the PowerPoint with an adult and then complete the match up sheet.

Can you tell the adult or an older sibling what each symbol means? Maybe you can make a video for Twitter!

We’re getting much closer to Easter now – do you remember why we celebrate Easter?

Watch the video of the Easter story and then fill the cross with words to describe Jesus. You can choose whether you do the cutting and sticking version or whether you want to write your own words.

I hope you are all enjoying your new topic of 'Wriggle and Crawl'. As part of your new topic, in RE we are going to be looking at the story of Noah's Ark. Do you remember the story? You might have heard it in assembly.

To refresh your memories, here's a great video from Bible Tales which tells the story of Noah's Ark.

Check back later in the week for your next RE Task.

Isn't it lovely to see the sunshine back again! After watching the video of Noah's Ark I'd like you to use your super duper brains to help me think of words to describe Noah. I think he's thoughtful, hard-working and strong. What words can you think of to describe him? I wonder if you can get one word for each box! I'll have a go too and let you know how I get on next week.

You can email me a copy of your work at rsdavies@birchgroveprm.cardiff.sch.uk or you can show it to me using Flipgrid.

What words did you come up with to describe Noah? Have a look at my sheet below to see what words I thought of - did we have any the same?

This week I'd like you to pretend that you are applying for Noah's job. Use your thinking hats to think about what you know about the job and why you would or wouldn't be good at the role. Use the grid to help you organise your thoughts.

White hat: What do you know about the story?

Red hat: How are you feeling about building an ark and collecting all the animals?

Yellow hat: What strengths do you have that would make you good for the job?

Black hat: What weaknesses do you have that wouldn't make you so good for the job?

I look forward to seeing your work. Email it to me rsdavies@birchgroveprm.cardiff.sch.uk

This week I'd like to see all of your lovely smiles so I'm going to ask you to make a video using Flipgrid. Using your 'Noah's Ark Thinking Hat' challenge from last week, I would like you to tell me why you would be good at Noah's job.

Hello Everyone.
In the story of Noah's ark I know that Noah must build an ark and collect two of each animal. I would be good at this job because I am very strong so I could help build the ark and I am very organised. But I am actually scared of lions and tigers so I wouldn't be able to look after those animals very well. I am feeling really excited about the job because I am always looking for a new challenge.

Work out what you're going to say in your video and then upload it at https://flipgrid.com/1582f43c

I can't wait to see your videos!

P.S Don't forget to check out what you can do to get involved with the Birchgrove Buzz https://www.birchgrovecardiff.co.uk/birchgrove-buzz-1/

It seems like such a long time since I've seen you all! But I hope we will all get to see each other soon! In the story of Noah's Ark, you'll remember that a rainbow appears at the end. The rainbow is a symbol of hope of a better world and of God keeping his promise to Noah.

Have a go at creating your own rainbow over the ark using the template below. 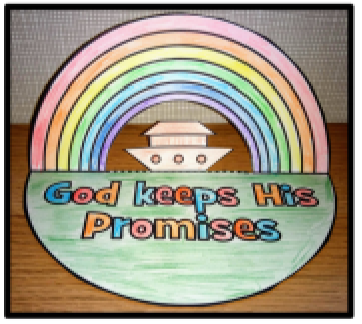 I'd love to see them via Twitter or email: rsdavies@birchgroveprm.cardiff.sch.uk

P.S. Don't forget to check out how you can get involved in the Birchgrove Buzz https://www.birchgrovecardiff.co.uk/birchgrove-buzz-1/

We know that when we see a cross we are reminded of Christianity because Christians believe Jesus died on the cross. For Judaism the special symbol is called the Star of David. It is a 6 pointed star that reminds Jews God will protect them. 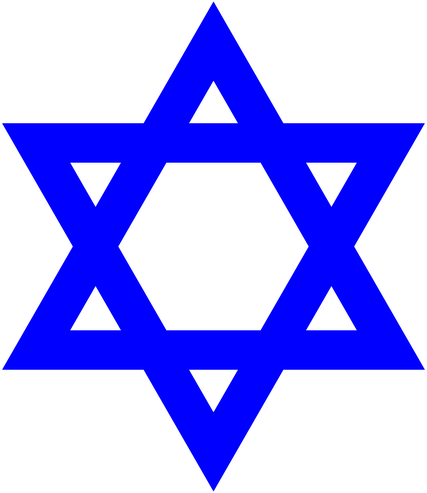 For this task you have a choice. You can either follow the instructions and make your own Star of David or you can design a stained glass window with a Star of David on that could be used in a Synagogue (a Jewish place of worship).

Last week I introduced you to the Jewish symbol - can you remember what it looked like? That's right it's a star with 6 points!

This week I would like you to get to know the symbols for the other 6 major world religions - you can see them in the picture below! 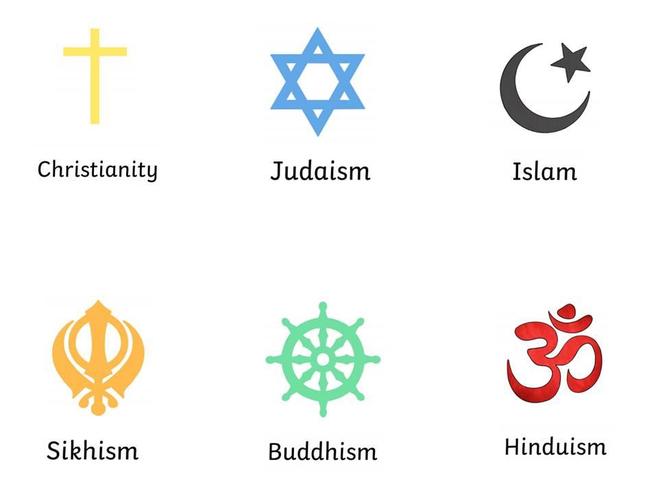 For your task I would like you to print and cut out the cards (you will need to ask an adult to help you!) and play a match up game. Test yourself, how quickly can you match the symbols to the correct religion? Don't forget to practice saying the name of each religion too!

Another way that people show they belong to a religion is through what they wear. I have found a lovely book called Hats of Faith. The book shows all different styles of headwear that people from different religions wear to show their love for God. Have a read of the book with an adult and see if you recognise any of the styles of headwear.

Isn't it exciting that we can start going back to school! Although I won't see you for RE lessons I would still love you to complete the tasks set.

This week I'd like to look in more detail at three of the different pictures you saw in the Hats of Faith book. 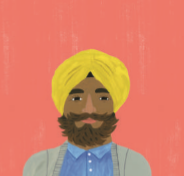 The Turban is also known as a Dastar. It is a head covering often worn by men or women of the Sikh faith to show their Sikh identity. It also protects their long, uncut hair and promotes equality. The Turban can be any colour and is made up of a very long piece of fabric, which is wrapped into a beautiful head covering. It is disrespectful to touch a Sikh person's turban or to ask them to take it off. 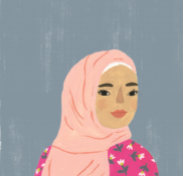 The Hijab is a head wrap often worn by women who are Muslim. It is a veil or scarf like piece of fabric worn to cover the hair and neck to protect a Muslim woman's modesty and to show devotion to the religion of Islam. Modesty is a behaviour or way of dressing that avoids drawing attention to the person. 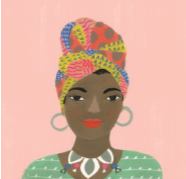 The Head Wrap has many different names in different African countries including; Head Tie, Gele and Dhuku. It is often worn by African women who are Christian or Muslim to protect their modesty. It is important to know that there are many countries in Africa and within each country there are many tribes. Each tribe has their own reason and meaning behind the Head Wrap. They are sometimes worn for religious holidays or for special celebrations and for faith and non-faith based reasons as well.

Now you have read the information about the Turban, Hijab and Head Wrap, have a go at colouring your own version using the colouring sheets below.

This week I'd like to tell you about some more different types of head coverings that you will have seen in the book. 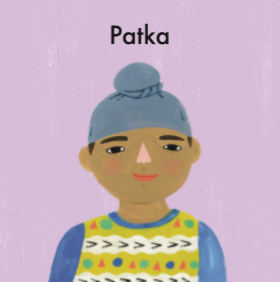 The Patka is often worn by children of the Sikh faith. It is worn to cover their long uncut hair, until they are old enough to learn to tie their own Turbans. Patkas are sometimes worn by Sikh men when playing sport or swimming. 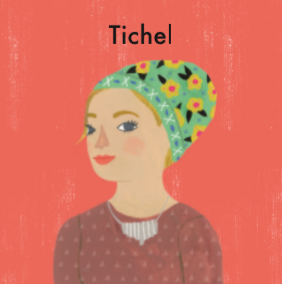 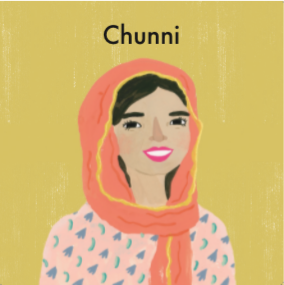 The Chunni is also known as a Dupatta. It is often worn by women of the Sikh faith as a sign of respect and modesty. The Chunni can be worn in addition to the Turban. Some Sikh women may choose to wear just the Turban.

Now that we have learnt about 6 of the different hats, I would like you to have a go at playing a game of snap. You will need to print the cards (1 x sheet 1, 2 x sheet 2) and cut them out. When you have made your snap cards find a family member to play with. Remember, practice saying the names of the different head coverings as you turn the card over.